Ideal Location:  In the heart of Beverly Hills, three blocks north of The Beverly Hills Hotel and Sunset Boulevard, located on more than 3.5 acres of usable land.

There are approximately 50,000 square feet in the structures on the land. 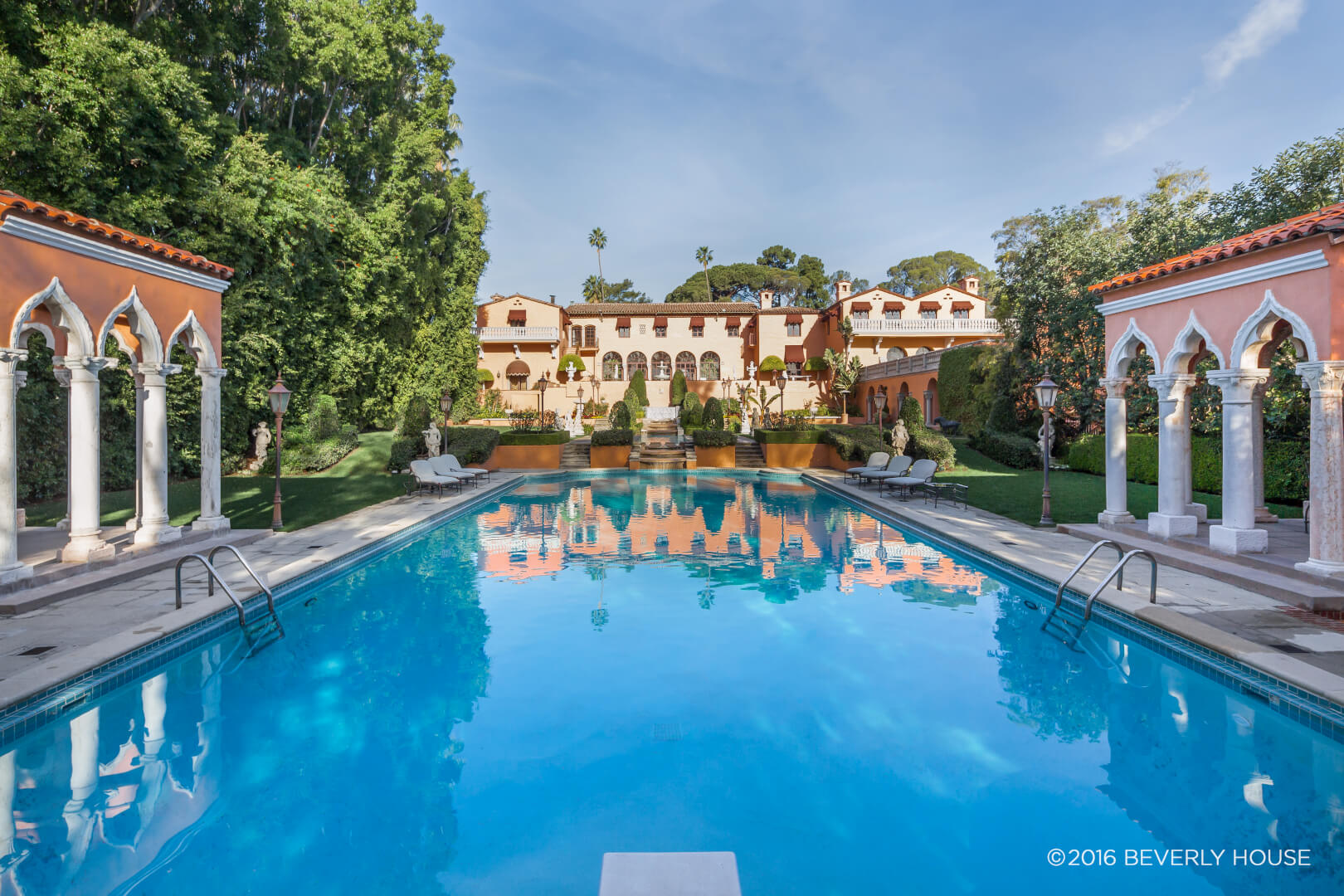 Structures and Features of The Beverly House®:

There are a total of 19-21 bedrooms and suites (depending on use of certain rooms) contained in the structures.

● In the main building:

♦ An extensive addition to the main estate was completed during the 1995.
♦ There are nine to eleven bedrooms (depending on the use of certain rooms), including two master suites.
♦ Incomparable two-story library with hand carved paneling and detailed Ceiling.
♦ Eight fireplaces in the main house, including two brought from the Hearst Castle in San Simeon.
♦ Living Room with 22 foot high arched ceiling, oftentimes used by Marion Davies and William Randolph Hearst as a ballroom.
♦ Intricately carved ceilings and paneled walls.
♦ Two projection/screening rooms.
♦ Commercial grade kitchen.
♦ The main level hallway is a staggering 82 feet, seven inches up to the 32-foot billiard room, which is open to the main hallway, for a total of 114 feet and 7 inches visible upon walking into the entry.
♦ The grand upstairs hallway is more than 102 feet long and features a stunning 40 feet wide, nearly 9-foot-tall Dennis Abbe mural.

● A suite type cabana by the pool with one bedroom and two bathrooms.

● A separate one bedroom security cottage.

● State of the art security, audio/video and electronic systems, for privacy and security. 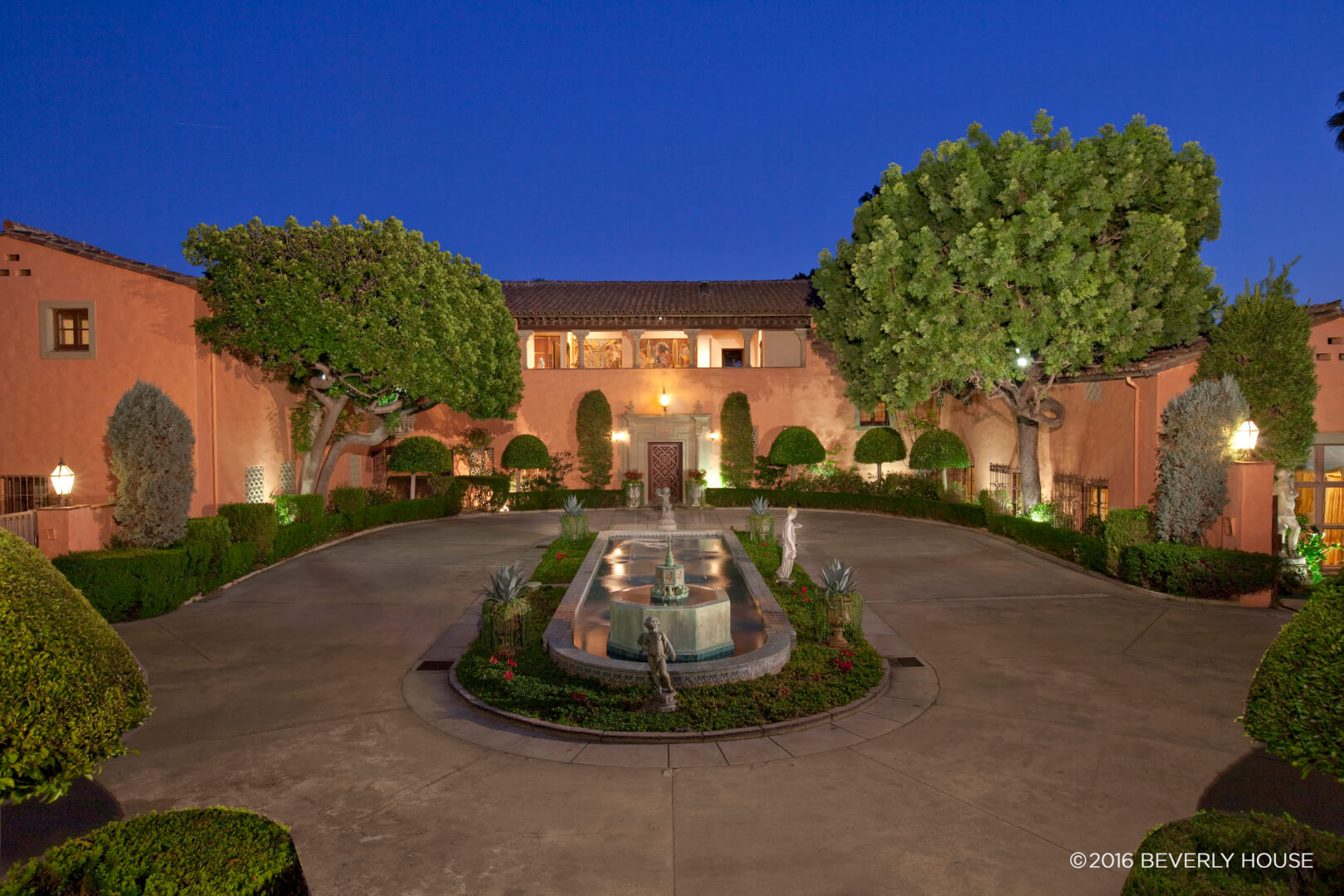 ● A total of 25-28 bedrooms (depending on the use of certain rooms) contained in six separate structures. 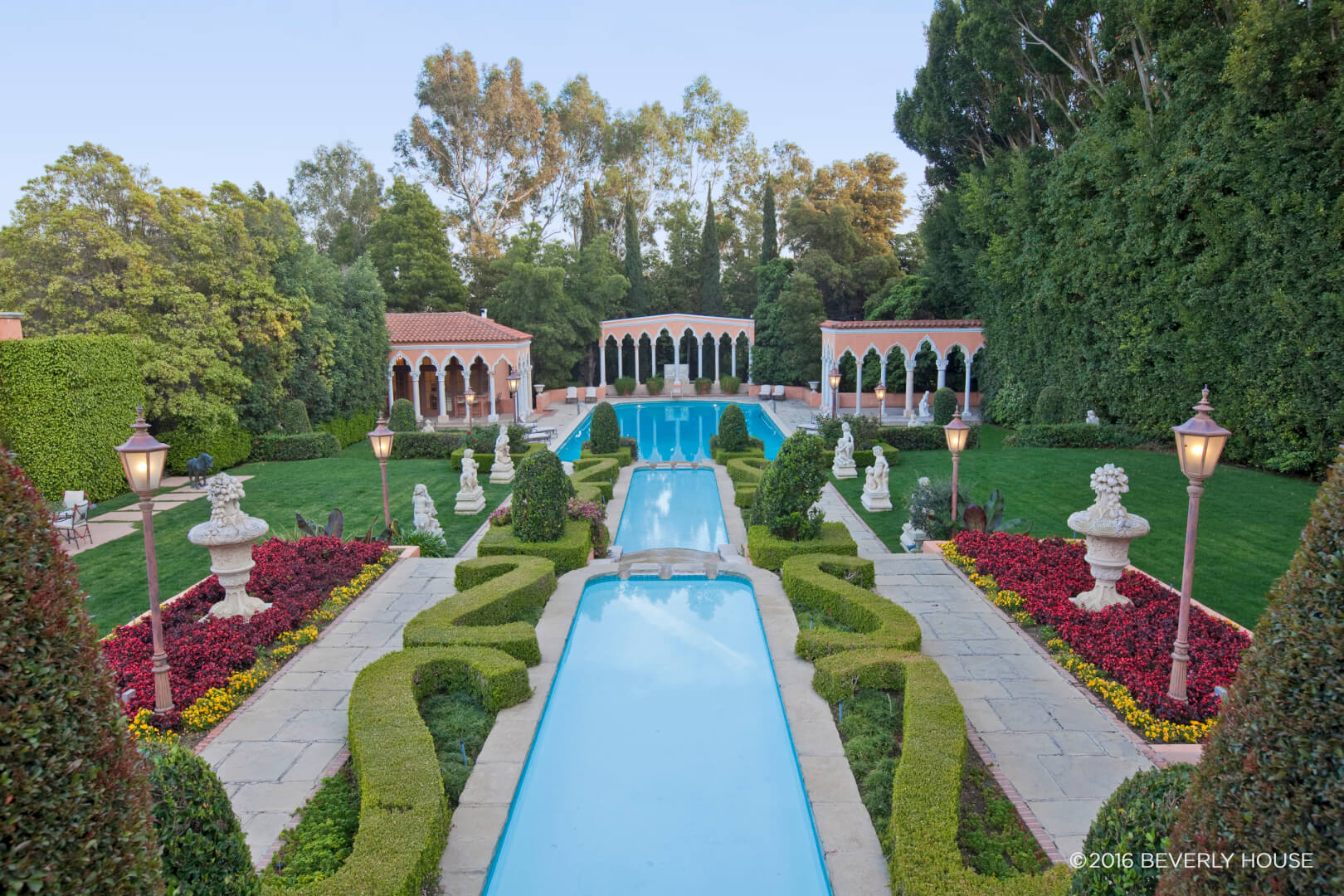 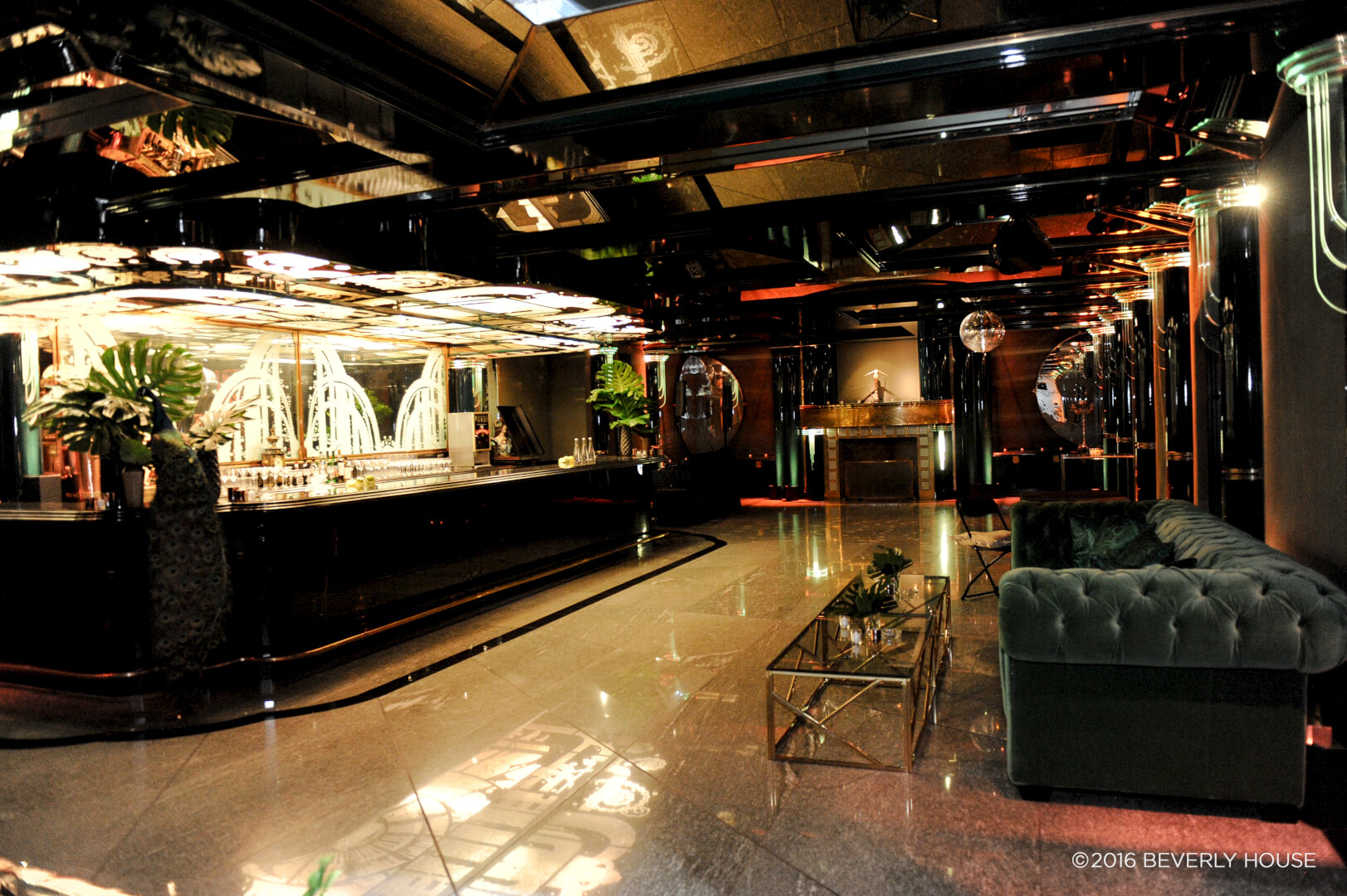